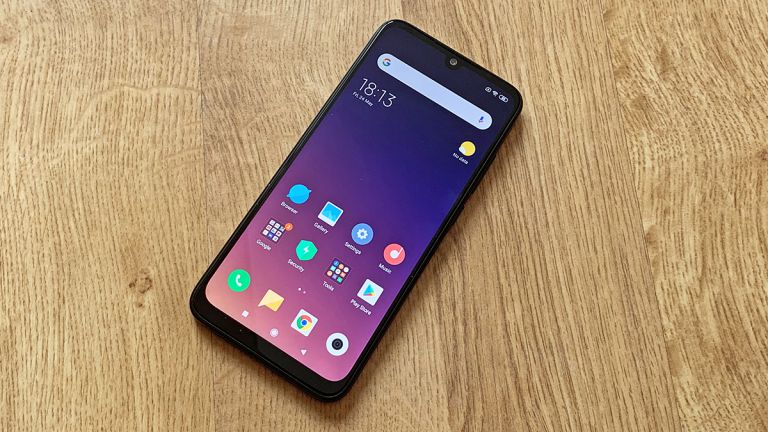 Today we will talk about Xiaomi phone called Xiaomi Redmi Note 7 witch you can found on the market for fair price. I’ve used this device for more than three months now, but I didn’t have a lot of time to make an initial review that’s why I’m making my long-term review just now.
So this phone costs around two hundred dollars. This phone has great specifications a powerful camera setup that includes a 48 megapixel sensor and a lot more other features.
Just as usual in my reviews I’ll go through the main features of this phone and I’ll try to answer the question if this phone is for a surprise where you need to go for another device.

So the phone ships with all the usual stuff and some extras include a soft TPU case to protect your phone. When it comes to the looks we have a pretty much typical budget phone design that means we have glass on the front and rear any metal chassis that honestly feels a bit plasticky to me.
But I don’t have any complaints about the build quality. I’ve been using this phone for more than three months now and it still looks as new. I don’t like using cases on my devices.

This Xiaomi phone has a huge display that is really good. Overall I like its sharpness colors and sunlight legibility is quite good even though the display is a little bit reflective outdoors. Flip the phone to the back and you’ll find a powerful dual camera system that I’ll talk about in just a bit.    On the front there is a 13 megapixel selfie shooter. The fingerprint scanner is on the back and it’s been working really well for the past couple of months. Same can be said about the face unlock feature it’s pretty fast and accurate even in low-light. Other key features include USB type-c port for charging and a tiny LED notification light that is implemented just below the display.
You also get a headphone jack iron blaster and a micro SD card slot along with a dual SIM card tray. The loudspeaker is very good it’s actually one of the best in the budget phone segment has been working very well. All the time and there are no crackling sounds whatsoever.

Xiaomi Redmi 7 note has  good specifications for the price and we pay. The snapdragon 616 at the core I’ve been playing quite a few games on this device and I have to tell you that the overall gaming performance is really good so the games I played include asphalt 8 asphalt 9 asphalt extreme pop G shadow pi3 and so on pop G runs fine on medium graphics and if you switch graphics to HD you’ll still be able to enjoy this popular game with just a few skipped frames.
When it comes to the user interface we have me UI 10.3 that is built on top of Android 9 the redmi note 7 has all the same features and customization options as other Xiaomi phones. You can change the dims transition effects and play with quite a few advanced features.
Also read: Best Rainmeter Skins | Customize Your Desktop

I’m really happy that the phone has been fast and responsive over the past couple of months great overall performance daylight image quality is really good pictures are sharp detailed colors are nice and in general these are one of the best-looking images you can get from a $200 phone.
I like the selfie image quality to using both aura and portrait modes again one of the best images considering the price of the device. The low-light pictures look quite nice even though they are not perfect there is a dedicated night mode too that does help take better-looking pictures. However it’s inconsistent sometimes it reduces noise and sometimes it brings even more of it. On the other hand these are one of the best-looking night shots from a budget phone if you tend to take selfies at night that quality will not impress you. I’ve tried both auto and portrait modes and the results could be better. The portrait mode takes quite nice-looking pictures however I wish the background was blurrier in some of the shots.

1080p video is one of the best you can get out of a budget device. The footage is very smooth and stable continuous autofocus works well and I like the overall quality you can also record 1080p at 60 frames per second video. However the footage is very shaky and I would use this mode only if I with a phone on a gimbal.
1080p selfie video looks quite nice. I also like the sound recording quality.

Also read:  How to Install Google Camera on Xiaomi Mi 8

Signal reception has been excellent. GPS is very accurate the phone has plenty of sensors onboard. And finally the phone has NFC the battery life has been really good in fact the redmi note 7 is one of the best phones. In this department you will easily get over 10 hours of screen on time and if you try to squeeze every minute hour for the battery you may even get over 14 hours of SOT. The phone also supports 18 watts fast battery charging the supply charger can fully charge the phone in just about one and a half hours.

Is KissCartoon Safe For Cartoons and Anime?