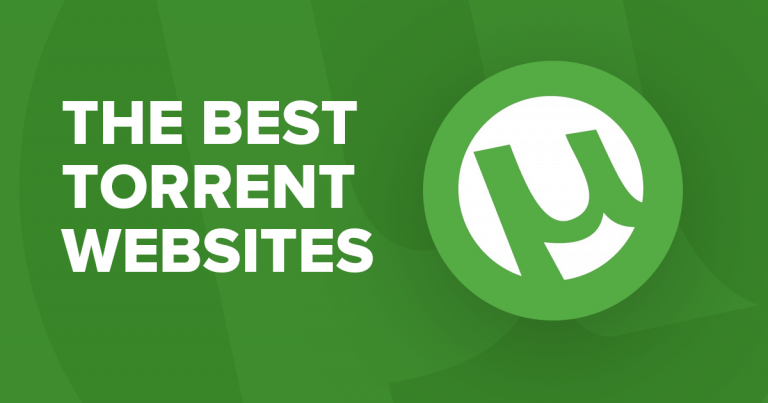 Most Popular Torrent Sites of 2019

You require a list of torrent sites that are regularly updated and urges trackers which work. Preparing a list such as this is not a simple task when a superb site can vanish virtually overnight. With so many adjustments and shutdowns in the last three decades, and with so many mediocre sites filled with malware, low-quality torrents, and even fake ones, you will need a listing of reputable torrent search engines.

In this article, we have compiled the best free torrent websites for ones who are looking to download games, movies, music, TV shows, and e-books.

IMPORTANT: keep in mind that even in the many nations where torrenting is lawful, downloading copyrighted material most frequently isn’t. We encourage freedom of choice and access, but we don’t encourage illegal activity.

The Pirate Bay is the “king of torrents” once again and also the oldest site in this list. The past year has been relatively quiet for the notorious torrent site, which is currently operating from its original .org domain name.

RARBG, which started as a Bulgarian tracker, has captured the hearts and minds of many video pirates. The site was founded in 2008 and specializes in high-quality video releases.

1337x continues where it left off last year. The site gained a lot of traffic and, unlike some other sites on the list, has a dedicated group of uploaders that provide fresh content.

Torrentz2 launched as a stand-in for the original Torrentz. Eu site, which voluntarily closed its doors in 2016. At the time of writing, the site only lists torrent hashes and no longer any links to external torrent sites. While browser add-ons and plugins still make the site functional, its future is uncertain.

YTS.am is the unofficial successors of the defunct YTS or YIFY group. Not all other torrent sites were happy that the site hijacked the popular brand and several are actively banning its releases.

The original TV-torrent distribution group EZTV shut down after a hostile takeover in 2015, with new owners claiming ownership of the brand. The new group currently operates from EZTV.ag and still releases torrents. These releases are banned on some other torrent sites due to this controversial history.

Limetorrents has been an established torrent site for more than half a decade. The site’s operator also runs the torrent cache torrents, which is used by several other torrent search engines.

NYAA.si is a popular resurrection of the anime torrent site NYAA, which shut down last year. Previously we left anime-oriented sites out of the list, but since we also include dedicated TV and movie sites, we decided that mention is more than warranted.

Torrents.me is one of the torrent sites that enjoyed a meteoric rise in traffic this year. It’s a meta-search engine that links to torrent files and magnet links from other torrent sites.

Zooqle, which boasts nearly three million verified torrents, has stayed under the radar for years but has still kept growing. The site made it into the top 10 for the first time this year.

The special 10.1 mention goes to iDope. Launched in 2016, the site is a relative newcomer to the torrent scene. The torrent indexer has steadily increased its audience over the past year. With similar traffic numbers to Zooqle, a listing is therefore warranted.

The next best torrent site on the list is SeedPeer. Similar to other websites on the list, Seedpeer has a clean and simple UI. Content on SeedPeer is very well segregated into different sections like movies, TV, games, apps, music, books, and animes.

Seedpeer displays the size and the upload time of every torrent file on the platform. Well, SeedPeer is the renamed version of the popular decade-old torrent website Meganova.

Torrent 9 is one among a few reliable torrent sites that offer verified torrents. Well, if you are a movie enthusiast than Torrent9 will impress you. The UI of the website is visually impressive, and content is organized into different sections like movies, TV shows, games, music, software, etc.

Torrent9 also displays some random movies on its homepage that are updated regularly.

Torlock is a relatively new torrent site that has gained immense popularity in recent years due to its nifty features. Unlike other torrent websites, Torlock only lists verified torrents. The simple and easy to navigate UI makes it easier to search and explore content. Torlock has dedicated categories for movies, TV shows, anime, software and much more.

Torlock displays some of the most popular torrents on its homepage. As for downsides, advertisements on Torlock may annoy many users.

BTDB or BitTorrent DHT is a very well-developed torrent search engine that offers a humungous collection of movies, TV shows, games, software, and ebooks. Similar to Torlock, BTDB only lists verified torrents. BTDB has possibly the most minimal UI, and its homepage only consists of a search bar.

This popular torrent site analyses the DHT network in the real-time and provides full-text search over active torrents.

The last torrent website on the list is Cine Calidad. Similar to YTS, Cine Calidad only offers movies based torrent. You won’t find anything like apps, games, and software on Cine Calidad. Movies on Cine Calidad are very well categorized into different sections like action, drama, adventure, comedy and much more.

Overall, Cine Calidad is a perfect torrent website, and it has an extensive collection of movies.

Chiropractors: Essential Equipment You Need For Your Clinic

Price prediction from Experts for Enigma