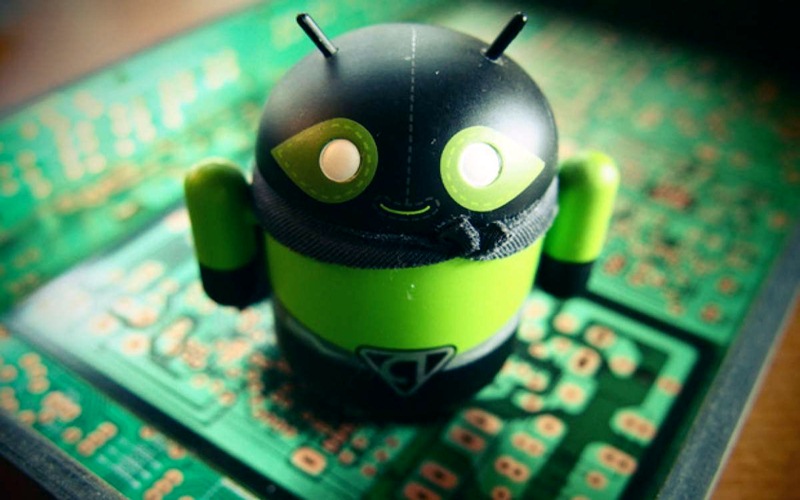 It’s no secret that Google’s Android carries a majority of the world’s market share. That makes it a primary target for hackers and cybercriminals seeking to defraud users out of their money and personal information.

The questions you should be asking are simple enough: how are they doing it and what can I do about it? The answers seem to vary each year, but the message is still the same. Hackers are getting smarter, so you need to as well.

If you’re looking for ways to stay safe online for the rest of the year, look no further.

Of all the areas hackers like to operate from, none beat locations that offer free public WiFi. In fact, any WiFi network that isn’t protected by a password is a security risk. While you might be able to fix your home network, you lack control over public networks. What can you do?

If you use a Virtual Private Network (VPN), the vulnerabilities experienced while connected to a public network disappear. A VPN shields your devices by connecting them to the net through a secure tunnel directly to a remote server. Doing so encrypts your data and keeps you safe from hackers.

Each day thousands of unsuspecting users have their data stolen over public WiFi. Don’t be one of them. If you’re interested in setting up a VPN, Secure Thoughts has written a handy review about what they’re good for and which ones you should consider.

Malware continues to be a top contender for the biggest threat to all devices whether we’re talking about Android, iOS or PC operating systems. Android is especially vulnerable—more so than traditional PCs—because Anti-virus programs don’t have the same level of sophistication yet.

Android’s sandbox system actually means some malware will actually have higher level permissions than your anti-virus app. It’s not a comforting thought, so what should you do about it?

Despite everything you just read, an anti-virus app still can be helpful because it can scan files you download before you run them. Apps don’t automatically start causing problems until you give them permission; the same sandbox that prevents your anti-virus from stopping an already rogue app also helps protect your system from being totally ravaged by it.

If you suspect malware has infected your device beyond what your anti-virus picked up, check all of your accounts on another device for unusual activity. Remove the app that’s causing the problem. If all else fails, back up anything important and perform a factory reset.

So long as you’re periodically saving your phone’s important information, you shouldn’t lose a whole lot from a factory reset (especially if your photos are stored online or on an SD card).

Third party apps are a huge risk to your safety on Android. Because Android allows users to install apps from outside of the Google Play Store, users sometimes end up installing malicious programs that steal their information. There is no proper way to vet apps outside of the official store, so you need to be careful.

Scanning third party apps with your anti-virus app is somewhat effective, but the best method is simply not to use them. You can still use trusted sources, and they’ll likely have everything you need.

Just don’t install apps from miscellaneous websites. No matter what they promise, there’s probably an app on the Play Store that’s just as good. Most apps are free or extremely cheap anyway. Trust me when I say it’s worth paying a few dollars to avoid the risk of stolen data.

Another growing threat is the phishing scam. In this instance, the target is sent a fake hyperlink or redirected to a webpage that appears to be a safe and familiar page. Numerous spoofs of Facebook’s login page exist on the net, all with one shared purpose: stealing login information.

When you’re visiting a hyperlink, consider who is providing the link and where it’s going. If the link is on social media, be sure to check where it actually goes and if that location is somewhere you’d like to visit. Once you’re on a page, check the address at the top of your browser. If it doesn’t match the website, get out of there!

Phishing often occurs as a result of prior phishing. To provide an example, someone you know gets hacked by a phishing attack and their accounts get used to fool others into becoming victims. You might receive a message from your mom in a text that says “check out these hilarious photos.” The link then sends you to a malicious page that either directly steals information or tries to trick you into giving it up willingly.

If you’re ever unsure about a page or link, don’t visit. When someone you know posts or types irregularly, check to be sure it’s really them. If they’ve been hacked, they’ll appreciate you letting them know. It could also save you a lot of grief.

Exploits are the hardest type of security risk to deal with. They involve actual problems with the software you download and there’s little you can do to fix it. Hackers find security holes and use them to steal user data virtually every day.

What you can do is stay updated. Most victims of exploits are guilty of not downloading the latest version of the app or operating system. They might put off updates because they like the current version and don’t want to deal with a change in the user interface, but end up losing their account information as a result.

Even if you can’t stand using automatic updates, check periodically to see what apps you can update. If your phone pushes new versions of Android, get them right away. Those updates aren’t just to give you something slick to look at; they’re to keep you from getting hacked.

Android has a number of security problems, but most of them can be avoided by using the right apps and being careful. If you really want to get the most life out of your device, watch out for scams and keep yourself secured against hackers and malware.

Have your own thoughts about Android security? Do you think there are additional security measures people can take? Leave us a comment below.

About the Author: Caroline is a security specialist and blogs about various internet safety and technology topics. She hopes that you’ll be able to take these tips to heart in order to remain safe.

How to Downgrade an App on Android

How to check saved Wifi passwords on your Android

How to Load Facebook Full Site on your Phone

How to turn on flashlight mode

How To Change Mac Address On Android