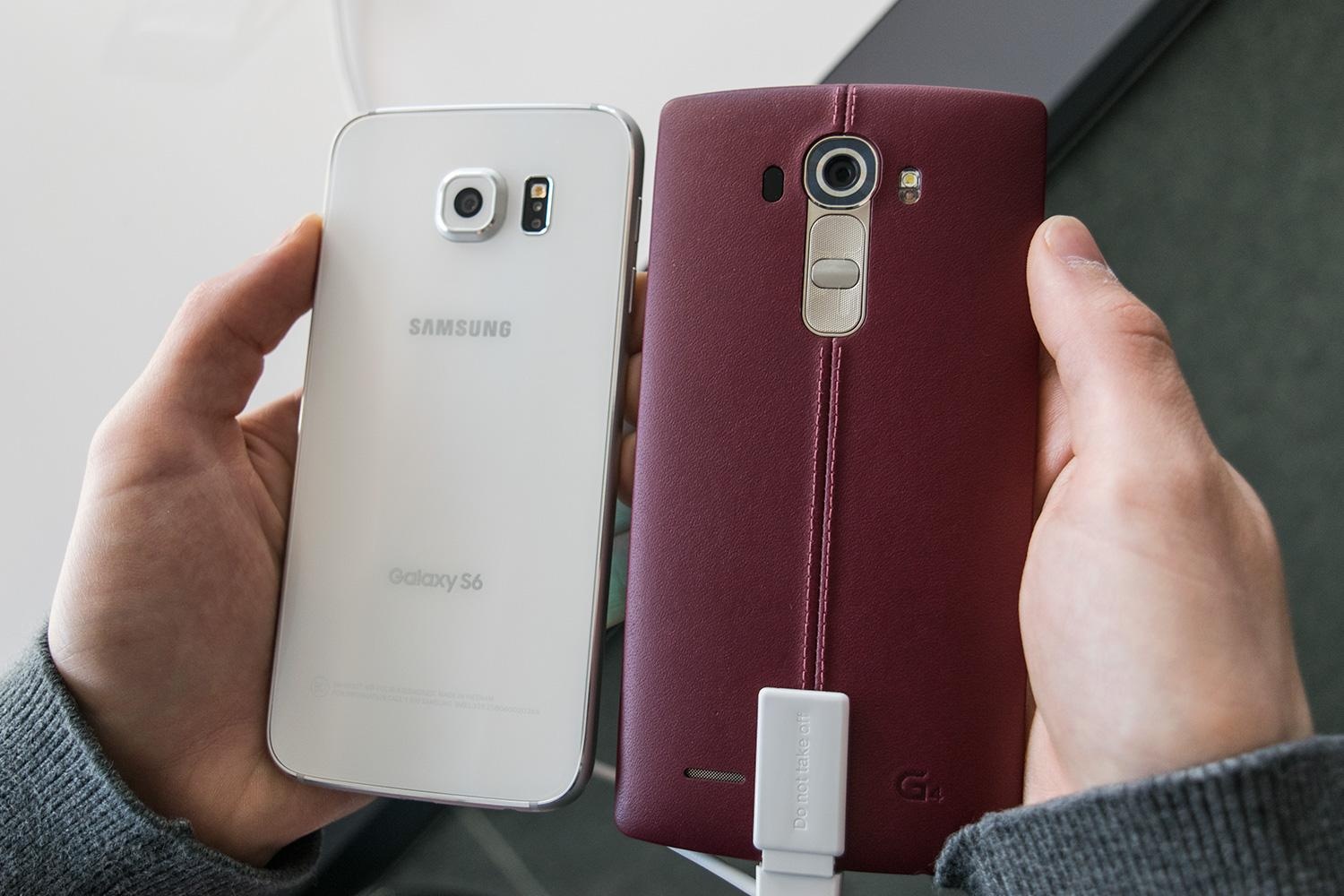 LG G4 over the Galaxy S6

The year the Samsung Galaxy S6 — and specifically the edge model — spends a good deal of time in my pocket and in my hand. And for a few weeks that was the case. The outstanding screen and camera pretty much made it a no-brainer. Then came the LG G4. I’d used 2014’s LG G3 for a bit, but it never really stuck with me. The new QHD display was finicky with oversharpening, and LG’s software was a non-starter for me. This year, that’s changed a bit.To be clear, you can’t really go wrong with either one of these phones. But I’ve made a choice, and it’s been a pretty easy one to come to. So here’s why I’d pick the LG G4 over the Samsung Galaxy S6.

Again, I’d gone for the Galaxy S6 edge. As I’ve written before, if I was going to go Samsung in 2015, I wanted to go all-in. And after toying with both the GS6 proper and the edge model, I decided the latter was easier for me to hold. The thin edges sort of force you to pay a little more attention to how you’re hanging onto it. That’s different than being comfortable, though. The Galaxy S6 proper may swing this back in Samsung’s favor for you. But it didn’t for me.

The LG G4 brings mostly the same look and feel as last year’s G3, and LG’s done pretty well with those curves. (In fact, it’s pretty much the same scheme you’ll find from the likes of HTC, OnePlus, ASUS and others, so you figure LG’s doing something right here.) The corners are more square this time around, and that’s maybe a little bit of a step back, but not a big one by any means. The rear buttons on the G4 are as intuitive as ever. If you’ve been afraid to try them because they (understandably) look a little crazy, I think you’ll get used to them quickly enough.

And the rear buttons cover the secondary functionality that the GS6 home button brings. That is, you can double-tap the volume-down button while the phone is off to quickly launch the camera. Samsung wins that battle for ease of use — the home button, being a single button, is easier to find the first time — but LG comes close. And I’ll pick on-screen buttons over capacitive any day of the week, to say nothing about Samsung still putting them in the wrong order. (If you just have to have multitasking on the left, LG lets you re-order the buttons.)

I’m not a huge fan of either Samsung’s or LG’s software — both have a whole lot of stuff tucked in there that I just never use. So which one is “better” is sort of moot for me. But LG’s does feel a little lighter, I think. (Either way, I’m using a different launcher.)

LG’s got the better lock screen. And considering that’s one of the parts of a phone you’ll see more than any other, it makes a difference. LG has Knock Code, which for me works better than Samsung’s (much improved) fingerprint scanner. It has customizable app shortcuts. (Though those are more complicated to change than they need to be.) And it uses full-screen album art on the lock screen, which for some strange reason Samsung does not.

And then there are the speakers. I’m not crazy about LG’s — it makes a big difference how you’re holding the phone and whether the sound is bouncing off something back toward your ear holes, but the G4 is still 100 times better than the GS6 in that regard. Samsung’s speaker is that bad. This one sort of goes without saying, but it’s got to be said anyway. The LG G4 starts with about 15 percent more battery capacity than the GS6. That’s not a huge discrepancy.

But battery capacity alone doesn’t make up for the difference I’m getting in battery life. I’m not afraid to charge a phone when it needs it. But the GS6 needs to be juiced up before I leave the office in the late afternoon. The G4 makes it to bedtime. End of story.

And I’m not even taking into account that you’ll be able to keep a spare battery on hand for the G4.

And, finally, leather. I don’t want to take away from the design job that Samsung has done on the Galaxy S6. It’s a looker, for sure. (Nit-pickers be damned.) That goes for both the GS6 proper as well as the edge model.

But I’ve always felt like the glass back of the GS6 was always a little oversold (nice as it may be), and there’s just something about leather on a phone. (Which I’ve used since the 2014 Moto X was released.)

Plus, if you muck up the leather back of the G4 too badly, you can just swap it out for a new one. Or get a different color. Or, hell, just switch to plastic if that’s how you feel that day. Point is, choice is awesome.

I’m going to do one of those annoying reviewer things here and say this: You can’t go wrong with either of these phones right now. (And for what they cost, that damned well better be the case.) I’d recommend either one as one of the best Android phones you can get.

Both the LG G4 and Galaxy S6 have excellent cameras. Both are built very well. Both have solid software, with quirks.

But there are a few things about the LG G4 that stand out for me. Leather. Battery life. The way it fits in my hand. And leather. And so the G4 is what’s going to be in my pocket for a good little bit this year.

Which file size is the largest?

Find Out How Good Gambling Sites

Where are screenshots saved by different apps in Windows 11?