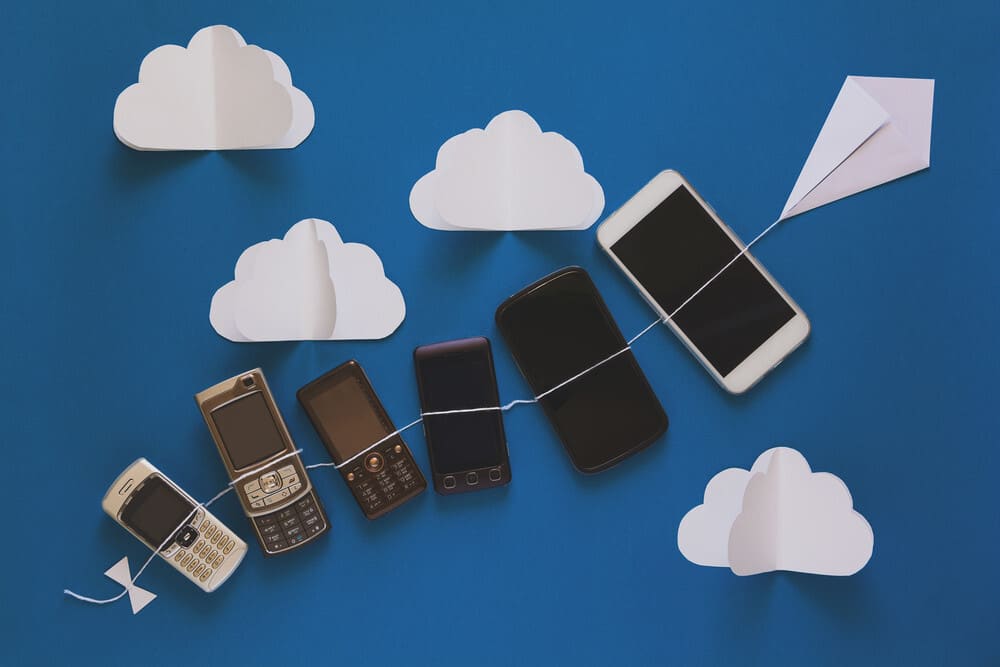 The world before the invention of mobile devices was tough and challenging. People had to wait in lines for hours without achieving what they came for due to a lack of prior information. Real-time arguments ended without a winner because people were unable to back up their statements with facts.

Without a doubt, the invention of smartphones has forever changed our lives. There are tons of benefits of using a mobile device, including browsing through the internet, chatting with friends and family members, and concluding business deals.

Additionally, internet access through mobile permits workers to work from any location and even attend online classes for students. We can go on and on about how mobile has changed our lives, but how did mobile become the mainstream?

The first mobile phone was developed around 45 years ago. During that time, people had to stay close to a 900 MHz base station to receive a network and communicate with friends and family members.

Motorola DynaTAC 8000x was the mobile phone present at that period. Around 1979, there came the introduction of the first-ever 1G phone service.

The 1989 Motorola MicroTAC 9800x was the first mobile phone that the name “mobile” was never doubted. It was designed with a flip-up mouthpiece and folding antenna.

Furthermore, it had a weight lower than a pound, and it was specially made to enter into a shirt pocket.

After the European Union’s official founding and the amalgamation of Germany, the first GSM call was recorded in 1991. The original GSM phone was Nokia 1011, and it was sold around November 9, 1992.

Asides from being able to place calls, the original GSM phone also featured text-messaging. IBM’s Simon was brought to the market on August 16, 1994, and it allowed users to draw on its touchscreen using the added stylus. What’s more? The mobile phone had a calendar feature, address book, world time clock, and the ability to send and receive email messages.

Meanwhile, the only downside during that period was that it couldn’t browse the internet just yet.

If mobile phones were established in the ’90s, they started to make waves in the early 2000s. However, the first smartphone wasn’t established until Macworld 2007, when Steve Jobs introduced the first iPhone.

The first 3G network smartphone released was in 2001, and it was able to make videoconferencing and send large email documents and items. Former mobile phones were usually made of keypads, but the one introduced in 2007 had a large touchscreen that could navigate sites like a desktop computer.

This is where smartphones made their true mark, and it has consistently grown over the past years, with new mobile companies emerging most times. The current smartphones perform the roles of a desktop computer, and their features are numerous.

For instance, the present smartphones allow you to look for jobs online, watch movies, read books and even find your true love. This is perhaps why people do not fancy the idea of dropping their smartphones even to glance at something else.

In the past few months, there has even been the introduction of 5G networks that offer faster speed and added bandwidth, which has changed people worldwide.

The current smartphones will replace computer systems in the coming years because they can serve virtually the same functions as playing video games.

The journey of smartphones from their old state to the modern state might not be so long, but it has raised a few eyebrows. Presently, we can now conclude that mobile has become the mainstream because virtually everyone has one at their disposal. Also, mobile casinos are taking advantage of the boom in the smartphone industry.

From concluded research, smartphone developers have revealed that people should expect more additions and inventions to the current ones.