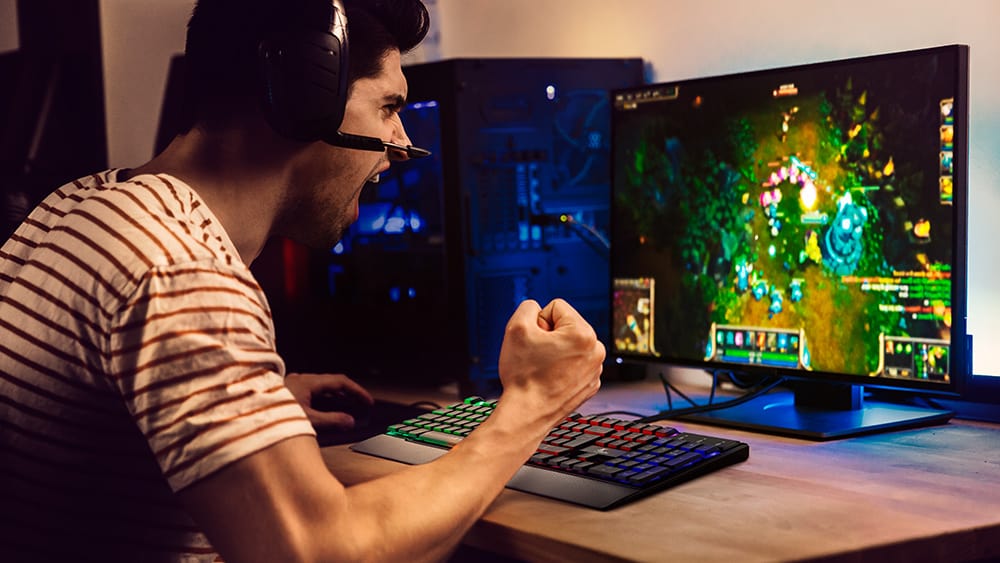 A lot of people nowadays have probably found themselves sitting in front of their computer or smartphone screens to play a few online thriller games. If you are one of those, you aren’t alone, as the genre has seen a rise in popularity with people working and studying from their homes.

While there are a lot of other things you can play, like mystery games for iPhone or puzzle games for Android, nothing gets people as scared and excited as online thriller games. But is it healthy to do that? Is it good to spend a few hours just playing games on your device? That’s exactly what we will talk about now, with five good reasons you should try and play online thriller games!

As technology evolves, gets better, and more affordable, more and more people have come to discover the joys of online thriller games. This trend is even more apparent with popular titles like the Left 4 Dead franchise, Devour, Phasmophobia, and Dead by Daylight filling the best sellers charts. While these games may be happening in a virtual world, the life skills and knowledge learned through playing them are real.

While you may not need reasons to play these fun video games, there are a few distinct perks and habits that are developed and enhanced in people who regularly play. Learning some of these intrapersonal and interpersonal skills through video games is especially needed now that many around the world are stuck at home due to the COVID-19 pandemic.

When playing any type of game, a physical game or a video game, players have to be quick on their feet and think fast. This trait is specially trained and honed for those playing online thriller games. Due to the nature of the games in this genre, players are forced to decide on split-second decisions that can make or break their team’s victory or defeat in a match.

These critical thinking skills cover a wide range of topics and sub-skills like visual-spatial understanding, reading, flexible thinking, leadership, organization, and logistics. Those wanting to be good at the game will be faced with learning and doing a lot of things. These might be things like learning how to read and navigate with a map, deciding the hierarchies of priority work and the urgency of tasks, figuring out game mechanics and physics, and organizing a group towards a goal.

Another skill developed by video games is human empathy and emotional understanding. Whether it’s solo-player games, co-op games, or even online thriller games, so long as they have a plot and characters that let players feel and empathize with them, it helps strengthen these skills.

A few good examples of games with a deeply emotional and endearing story include the acclaimed The Last of Us series, Hazelight Studios’ phenomenal It Takes Two, the horror-themed Little Nightmares series, and the grisly Dead Space trilogy.

This third reason is quite essential in our technology-driven world. As kids and adults alike are forced to stay home more and more due to the world’s conditions, they have less and less chance of talking and interacting with other people in real life. Video games, in general, offer a welcome substitute to that in the form of online games. MMOs, looter-shooters, and online thriller games give their players an excellent way to get to know and socialize with other people without going outside their homes.

There are, of course, dangers to this kind of interaction, especially when children are involved, but are still a good alternative to going out to meet new people. Socializing through video games can still stimulate and create a feeling of fitting in and being welcomed by a group.

Another good reason to play online thriller games is the creativity it could foster in its players. While most games usually have a rigid storyline that the player follows, they sometimes have a few chances for input here and there. This allows players to create their own unique story, where they have weighed their options and made their own choices to make their version of the world.

While a lot of psychological thriller games have these few options, the best place to expand one’s creativity may be in open-world sandbox games like Minecraft instead. Generally, though, a player’s creativity might be sparked, with anything from doing something in-game. Some people might have their creativity inspired by testing out the limits of the game’s physics engine, while others might add in their role-playing lore to established characters.

Regardless of how they add to it, a players understanding and interpretation of the game can boost how they understand the game, themselves, and their surroundings.

The last and most important reason to play online thriller games and video games, in general, is because they are fun. That is it. No fancy rationalizations or explanations; it is just fun. It is the same reason why people eat delicious food or listen to inspiring music – it is because they find joy in playing it.

With video games, you can experience the thrill of taking up arms and defending your base against enemy clan raids in games like Ark. You band together with other survivors and outwit the killers in Dead by Daylight. Or you can just sit down, turn on the screen and pass the time away. In either of these scenarios, video games are an integral part of modern society and are here to stay.

Improving Yourself Through Gaming

While these are five good reasons to play online thriller games, it does not mean that you can sit and play them all day. As with anything in life, even video gaming should be done in moderation. Depending on who you ask, a “moderate” daily gaming grind may be as little as 30 minutes or as much as ten or more hours in a day. Regardless of how much time you game, it is important to keep yourself healthy by taking appropriate breaks in-between sessions, getting enough food, and most importantly, having enough sleep.

What is Launcher3 app?

How to take a screenshot on Windows 11?

The Walking Dead: Season One