If you’ve been looking for the game pigeon for android, then you are in the right place.

When game pigeon came out it was only available to the iOS users or iPhone users, but a lot of people who use android eagerly anticipated that gamepigeon for android. It’s very important too that we note that game pigeon isn’t available for download for iOS devices, but it’s available for download for iMessenger users.  So there is a difference, you are not installing the game pigeon on an iPhone, but it’s an in-app game.  So the next question is what if there is a messenger app that carries this game?

Can I get the game pigeon for Android:

Well, unfortunately, No! There is no official gamepigeon for Android.

Take note I used the word OFFICIAL, so this means that there are alternatives to the game pigeon that we see in the iMessenger app for iPhone users.

How to get game pigeon for Android:

We have done research and seen possible ways to get game piegon on your Android phone.
Quick Recommendations (Use Plato)
Remember what game pigeon is? It’s an in-app game for users to play and INTERACT between themselves.
I think this is the selling point of game pigeon, that fact that it allows you to interact with friends.
Plato works the same way, although it’s not an in-app game it’s an android app on its own, it offers the same gaming and interaction between you and your friends.

Game pigeon is an 8 ball game right? And it’s playing experience is not different from that of game pigeon unless it’s because you can’t play with friends, but my 2nd method will enable you to play the game with a friend.

If you follow these steps above you will successfully get a game like a game pigeon for Android.

So I’ll guide you a little bit on the different games you will see in the play store and the preferred ones.

Below are some of the games that are preferred to be an alternative to the game pigeon. 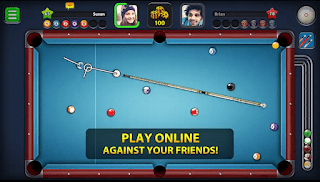 This is one game that can serve as an alternative to game pigeon see how it’s described in play store:
Play the World’s #1 Pool game

Play with friends! Play with Legends. Play the hit Miniclip 8 Ball Pool game on your mobile and become the best!

COMPETE 1-ON-1 OR IN 8 PLAYER TOURNAMENTS

Refine your skills in the practice arena, take on the world in 1-vs-1 matches, or enter tournaments to win trophies and exclusive cues!

So this game actually gives you the chance to play with Friends! That’s interesting. 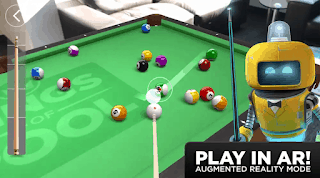 This is another amazing game too like game pigeon, here’s how it’s described in play store:

With AR, you can spawn a life sized table on any surface. The mode features realistic ball physics and stunning 3D graphics. AR mode is fully customizable using your custom table felt and decals.

We’ve taken a classic 8 ball pool and given it a modern and sophisticated upgrade.  Every detail has been passionately debated and carefully designed to present you with a game that is simple to learn, addictive to play, and incredible to look at.

Face off against skilled 8 ball pool players from around the world. Win and gain access to exclusive high-stakes tables.  Build up your cash and become the richest billiard player in the game.

PLAY WITH FRIENDS IN CLUBS.

Start a club with your most skilled friends.  Fight your way to the top together, earn awesome prizes and become the KINGS OF POOL.  Bragging rights guaranteed. So these are my favorite two games that serve as an alternative to the game pigeon.

This method gives you similar gaming experience with that of the iMessenger app, it’s my favorite method to get game pigeon for iPhone.

How to play 8 ball game in FB messenger:

4. Tap on any of the enlisted games(with a button ‘play’) to play.

Also read: How to download and install dolphin emulator in any android device

It’s a nice idea to have game pigeon for android, and it’s amazing that we have scaled through all these processes. Remember there are 2 methods:

2. Use Facebook messenger games to play an 8 ball game.

Now that you know that there is a game pigeon for Iphone, share this post with your friends let them join you in playing this amazing game.

The 5 Best Casinos in the World

The Walking Dead: Season One