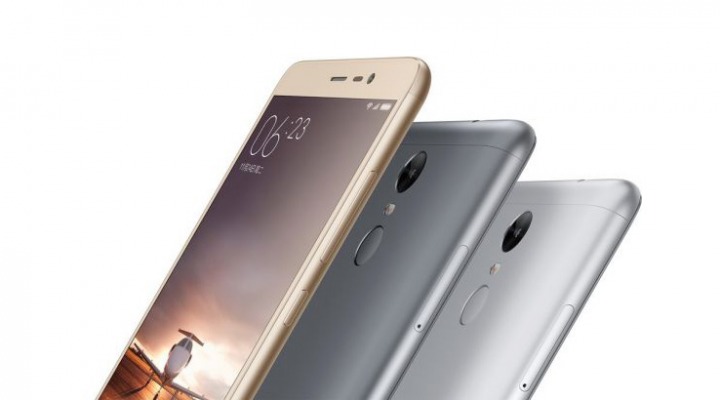 Xiaomi Redmi 4, Redmi 4A and Redmi 4 note smartphones is brand new version of the budget Xiaomi Redmi 3 series, have been announced in China few days ago. The Redmi 3 phones were first launched in January 2016, and 11 months on, Xiaomi has upgraded them with three new variants named as Redmi 4. Redmi is the budget series of the Chinese technology company and offers solid specifications at an affordable price.

For starters, the Redmi 4 phones comes in three variants: Redmi 4 Standard Edition, Redmi 4 Pro edition, and finally the budget Redmi 4A. For Xiaomi launching different versions of the same with a tweak in RAM, storage options or processor has now become a standard practice. For instance, the Redmi Note 3 came in a 3GB RAM +32GB variant, as well as 2GB RAM+16GB variant.

Redmi 4 Pro edition has a 5-inch 1080p display, better than the 720p resolution offered by the earlier Redmi 3 phones, and on the standard Redmi 4, Redmi 4A variants. The Pro version also gets extra RAM and storage at 3GB and 32GB, along with a higher-end Snapdragon 625 octa-core processor clocked at 2.0 Ghz. The GPU is Adreno 506 clocked at 650 Mhz.

The new Redmi 4 phones come with a metal unibody design and curved 2.5D glass on the front. Also both phones come with a fingerprint sensor on the back. The design language is very similar to what we have seen on the earlier Redmi 3S, Redmi 3, Redmi Note 3 series.  With the Redmi 4 standard edition, the processor is a Snapdragon 430 octa-core one clocked at 1.4Ghz and it comes with 2GB RAM+16GB storage. The GPU on the Redmi 4 standard edition is Adreno 505 clocked at 450MHz.

Sensors on the Redmi 4 Pro and Standard edition are: GPS, AGPS, GLONASS, Beidou, Infrared, Gyro, Acceleration, Proximity sensor, Ambient light sensor. Xiaomi is sticking with its hybrid dual-SIM slot on both the phones.

The below chart shows the difference between the Redmi 4 series and the Redmi 3, Redmi 3S/3S Prime. Xiaomi Redmi 4, Redmi 4A vs Redmi 3, Redmi 3S series: A look at the specifications.

Redmi 3: Xiaomi launched Redmi 3 in January 2016, and this one came with a metal body and a textured rear panel. Colours included Gold, Grey and Silver. Redmi 3 also has the same 5-inch 720p HD display, and 1.2GHz octa-core Qualcomm Snapdragon 616 processor with 2GB RAM and 16GB internal storage. It supports microSD cards of up to 128GB. Xiaomi Redmi 4 series sticks with the same battery size as the Redmi 3: 4100 mAh. If you look at the Redmi 3 vs Redmi 4 series, it is pretty much the same in terms of design, camera and battery. However, Xiaomi has upgraded the display for the high-end variant as well as processor, RAM and storage. With the Redmi series, Xiaomi has made the 4100 mAh battery as the USP, offering nearly two days of usage at a budget price which is not often available in this price range.

Maybe you didn’t know about Rainierland