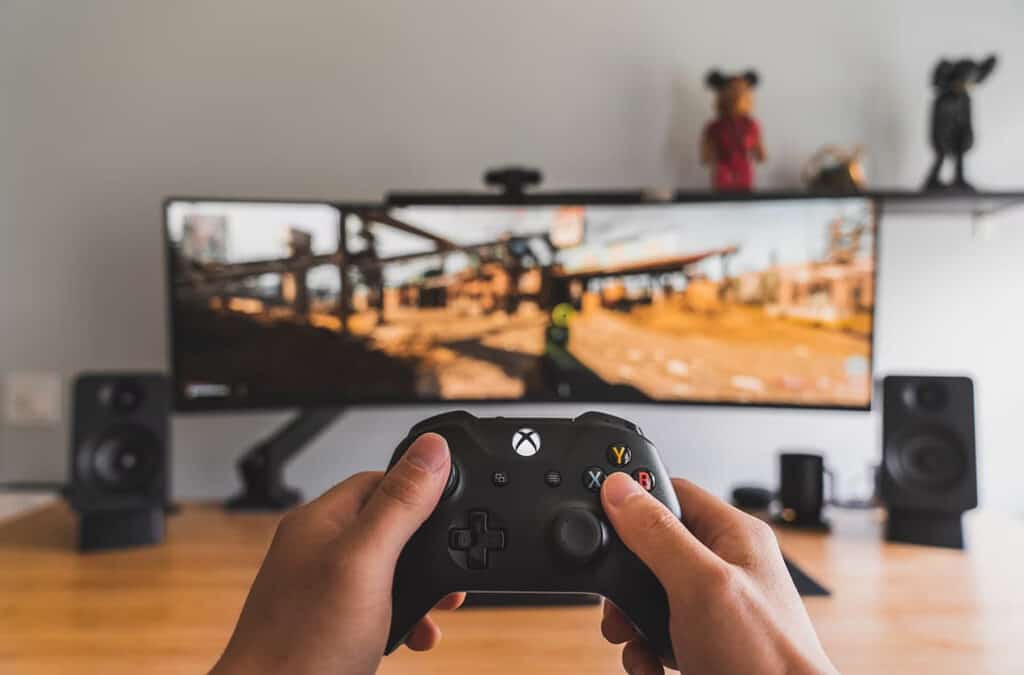 If you aren’t using a VPN when playing video games, you leave your devices and information vulnerable to risks and miss out on many benefits.

But is it VPN necessary for video gaming? No matter what games you prefer, it’s advisable to use one to maintain your security and privacy, especially if you use an internet connection when you engage in the game. It’s essential to use a fast and reliable virtual private network because it’ll improve your gaming experience.

Installing a VPN on your devices provides you with more privacy, security and anonymity when you browse the internet. However, the advantages of using a VPN designed for gaming goes much deeper than that.

Here are the key benefits you get if you use a virtual private network for gaming.

It protects you against swatting

While there are few cases, they still exist. In some instances, particularly in multiplayer games, some gamers become angry with other players and start stalking them to find more about their activities and try to harm them. If this happens, and the disgruntled gamer finds your IP address, they can hack track your physical location or hack into your social media accounts.

In some extreme cases, angry players used a method called swatting. It’s a radical technique that implies harassing you by sending the emergency services to your house by calling in a bomb threat, hostage situation, or other similar situation that implies the emergency services to intervene immediately. Some swatting cases ended up with death. The VPN service can hide your IP from annoyed players and enhance your online and offline security.

It enables you to avoid DDoS attacks

A DDoS is a distributed denial of service attack that implies someone sending your device a high number of requests from a compromised computer to force it to go offline. In the past, DDoS attacks were reserved for websites, but because software evolved, it now allows cybercriminals to operate an attack against any user or website. This means that the other players who engage in the same game can try to DDoS you. However, you’re safe from DDoS attacks when you install a VPN because the network masks your IP address, and the cybercriminals cannot find your location to flood it with requests and unnecessary data.

It keeps you safe when using public Wi-Fi services

You don’t resume video gaming only to your house; you enjoy engaging in your favourite game everywhere you go. Therefore, you connect to public Wi-Fi networks when away from home because you need a steady internet connection. Public Wi-Fi is available almost everywhere nowadays; you can access it in the subway, restaurants, bars, and even parks. These free hotspots allow you to access the internet, play video games, or engage in other online activities. But they’re unencrypted and far from secure, so they can pose numerous threats to your security and privacy. Because they don’t use encrypted networks, anyone can see the data from your device. Cybercriminals also use special devices and software that allow them to see everything you do online when you connect to a public Wi-Fi network. They can see what you type when you visit different websites and use the data to hijack your credit card accounts, gaming accounts, and social media.

Some internet service providers slow down or throttle bandwidth. They may do it to ease congestion on the network during specific times of the day or for other reasons. Some ISPs throttle the bandwidth because they detect specific traffic on the network, steaming, gaming, or file sharing and want to limit the amount of data users transfer. How much your games use per hour depends on their features and the gaming platform you use. For example, Call of Duty Black Ops 4 uses 80MB per hour. And it doesn’t take into account the updates you have to download during the game. When you play for a few hours a day, you can reach a data cap quite quickly, and your ISP may limit slow down your bandwidth to limit it. VPN technology helps you avoid data throttling by encrypting the data you transfer. It also helps you get cheaper games on platforms such as Steam because it hides your location, and you can access any library and get the price quote that better benefits you.

Some game providers release games or updates in stages. Very few games are released worldwide at the same time. Companies launch them in a location to get the public hyped about them and create buzz around the brand. But because the game is limited to a location, you cannot enjoy it until the company releases it in your region or worldwide. And no one likes to wait. But if you have a VPN, you can connect to the video gaming platform and get the game on the day of the release because the server makes the platform think you’re located in the area where it’s launched.

And since we’re on the subject of geo-blocking, we should also mention that some games make sure that only players from specific regions access particular games or features. So, if you want to play games available in other areas, you need a VPN that has servers in that country to make it easy for you to access them.

Whether you’re new to gaming or a seasoned player, a VPN can prove helpful not only in the above situations but in many other ones.

The 10 iPhone Settings Everyone Should Adjust

How do you see a saved Wi-Fi password on Android

How To Catch A Cheating Spouse