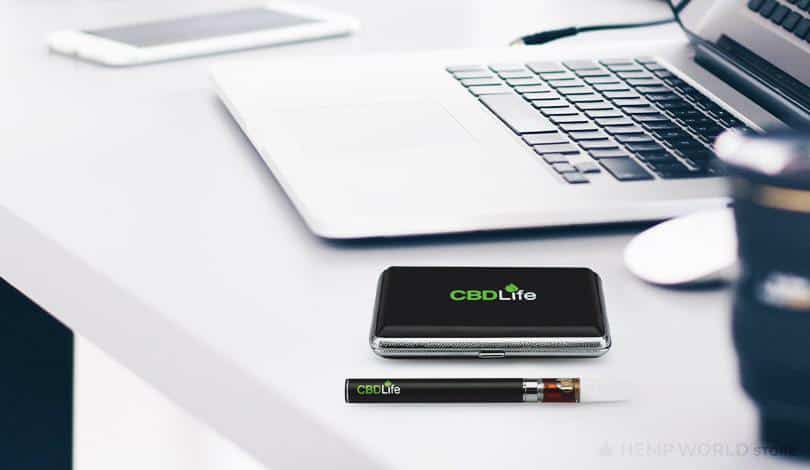 As a software developer, I love CBD oil. Here’s why.

It seems that every man and his dog are talking, ranting, raving of dispelling CBD these days and it’s hardly a surprise.

The (seemingly) magic oil has taken the world of modern medicine by storm and with legality somewhat of a grey area in the states, with the arrow tending towards the legal side of things, it’s a phenomenon, unlike anything we’ve seen before.

There’s plenty of issues that we can talk at length about when on the topic of the cannabinoid, from its legality (hemp-based is A-ok) to the massive plethora of health benefits that surround the compound. But that’s not what I want to get into, there’s not a whole lot of fun when it comes to science and frankly, it’s not something that matters to the everyday person.

What really matters is whether or not it works, what can it do for you and why do so many people around the world love the oils and include them in their daily routine. To find out, I set about including CBD in my own daily routine to see what effects it had on my body and on my work as a humble software engineer.

To my surprise, I actually gained enormous benefit from CBD and fell in love with the product – here’s why.

First up a little background knowledge surrounding exactly what it is that I’ve been putting into my body over the last six months, you know, just to confirm it’s not poison or something.

CBD (also known as Cannabidiol) is one of the 113 identified cannabinoids found in cannabis plants. Unlike marijuana, CBD does not “get you high”, that’s the job of THC, the active ingredient and one of the other 112 cannabinoids. CBD is all of the good stuff and used as a legal (mostly) alternative medicine for a huge number of conditions and health issues.

There’s a number of different products including CBD these days from the typical tinctures (oils) to baked goods and even topicals and creams. I played it safe and simple with a single serving of high-quality oil during my trial and despite the taste, I loved the results that I saw.

Also read: How To Apply And Get CITI.COM/APPLYNOWDOUBLECASH Invitation Number

My experience with CBD

Okay, that’s enough of the formal introduction, now onto my experiences with the product.

As previously stated, I’ve spent the last 6 months trying out CBD oil and although it’s seemingly impossible to overdose on CBD, I stuck to two simple measurements of the oils to keep my test consistent.

Increased focus on the task at hand

First up, it was the increased focus on the tasks at hand while at work that I noticed off the bat.

Although it seemed to take a couple of days before I really noticed any effects of the CBD, I gradually noticed my ability to concentrate and focus for long periods of time fractionally increase. I’ve always had problems with focusing on things for long periods at a time and it’s never long into the workday before I’m secretly scrolling through my phone and racking up screen time hours.

However, the stats on my phone don’t lie and there’s definitely been a decrease in the number of hours spent scrolling Instagram with CBD supplementation. It’s something that I maybe shouldn’t be so surprised about and with studies surrounding the effects of CBD on ADHD and focus in general showing promising results, it’s something we’re expecting to become more common in the near future.

Improved relaxation in and outside of work

But it’s not just an increase in productivity and focuses that I’ve noticed during the last six months at work, there’s also been an increase in relaxation both in and outside of the workplace.

Since I’ve upped my dosage around September, this has been more prominent and I’ve been a much calmer individual. From fewer outbursts of frustration when working to a much more relaxed mindset during everyday tasks – I’ve noticed myself just “chill out” more when otherwise I’d be likely stressed out and frustrated.

One of the most noticeable areas of this is when driving as I’ve managed to build up a reputation as a particularly stressful driver and even worse passenger with anxiety levels hitting the roof. But over the last few months, this seems to have been kept much more at bay – again something that I should have expected with the trial.

CBD has a number of studies surrounding relaxation and with so many linking the effects of serotonin and dopamine levels with the supplementation of the compounds – it’s something that makes a lot of sense.

Also read: What is Pagebuddynotisvc

Last up, one of the most noteworthy effects that I’ve noticed with my CBD usage is the improvement in my sleeping habits and lack of insomnia.

Software development can be very stressful and I’ve had more than my fair share of sleepless nights over the years, but that doesn’t mean I enjoy or brag about how little I sleep – quite the opposite. For me to be on the ball and firing on all cylinders throughout the workday, I need my sleep and, where possible, I’m all about getting 8 hours a night.

That’s not always that easy when your mind is constantly racing with new ideas, the stress of deadlines and, of course, the amount of blue light that I subject myself to a regular basis. So when I tried out CBD and noticed better sleeping habits – I almost instantly fell in love.

Again, there’s a number of studies surrounding CBD and insomnia and with my own personal testimonial to confirm – I believe we’ll be seeing a lot more on this in the very near future.

To cut a long story short

To cut a long story short, although I started off on this trial particularly skeptical of CBD abilities,  I’ve converted to absolutely love CBD for three main reasons:

I don’t quite know how I’ve managed to survive all these years without it – my trial is a story of success and I will be continuing with my current dosage into the future.

How to Install Vudu on Firestick

What Is a Bot?

Find Out How You Can Choose The Best Devops Service

How to Install Spectrum TV App on FireStick