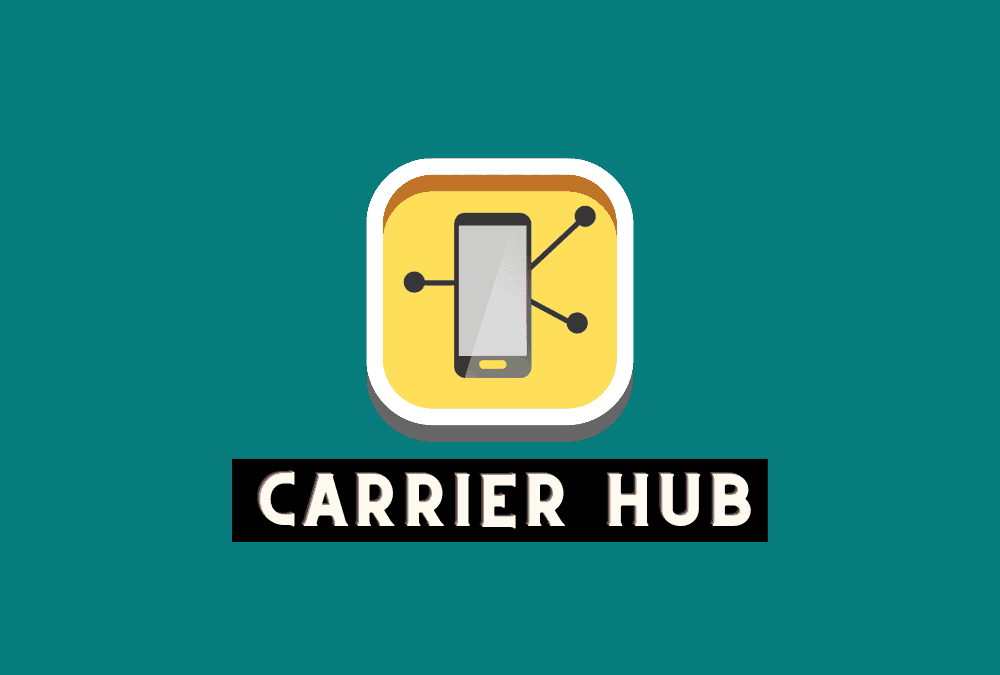 What is Carrier Hub App? (Explained)

Carrier Hub is a T-Mobile/Sprint licensed software that supports the development of cell site connections and needed extra network services like call, Voice over Wi-Fi, internet browsing, enabling Secure Wi-Fi, and more. Carrier Hub is a phone app that runs continuously and allows you have a great experience by connecting you to a local cell site.This is also developed in such a way that customer service may offer solutions for network-reported concerns.

Carrier Hub, on the other hand, is a valid provider app that is needed for utilizing specific T-Mobile or Sprint network services. Its main purpose is to assist you in communicating with the nearest cell tower so that you may have better network power when making calls, browsing the internet, and so on.

Also, Carrier Hub includes pre-installed on certain phones, but if it doesn’t, you’ll be requested to download it from the Google Play Store or Apple Store through a sticky reminder (if you are an iPhone user). Since Sprint and T-Mobile joined on April 1, 2020, there are two versions of it offered on the app store: Carrier Hub by Sprint and Carrier Hub Magenta by T-Mobile USA. You may just download the Carrier Hub.

Why do you Need a Carrier Hub App?

Users of the Sprint or T-Mobile networks will value the Carrier Hub app since it provides valuable features that greatly improve connection quality. Yet, by putting it on your device, you will be able to use Voice over Wi-Fi to contact anybody over the internet. Because this form of call connects to the internet rather than a cell tower, your network provider is unlikely to be able to track it.

Protected Wi-Fi might be another because you need the Carrier Hub app. It’s a confidentiality feature that protects your device and your Wi-Fi connection from end to end. And since it is not only password-protected but also secured, this Wi-Fi is considered safer and more protected.

Additionally, Carrier Hub is required if you are on the Sprint or T-Mobile network since it keeps network quality and assists in connecting to the closest cell tower, resulting in fewer call interruptions, easier internet browsing, improved video call quality, and so on.

What Permissions Does the Carrier Hub App Require?

The permissions that the app uses are listed below:

For those worried about their privacy, the app simply stores use statistics to detect problems and enhance the overall experience for users.

Issues Caused by the Carrier Hub App include the following:

Carrier Hub isn’t the most reliable network app, especially with its recent update to meet Android Q’s standards. And, because it isn’t secure, it might cause plenty of problems on your phone, affecting your day-to-day operations. The following are some of the most difficulties experienced by Carrier Hub app users.

Carrier Hub isn’t one of those silent applications; it notifies users about almost everything it does in the process, such as when it’s attempting to attach to a cell tower. So, in general, most users see two processing requests from Carrier Hub on their devices; let me go over each one individually.

It’s just a type of notice that occurs in Carrier Hub when your T-Mobile/Sprint network quickly loses communication with the cell tower and you can’t reconnect after many attempts. The Mobile Requests are being processed message will remain until you are disconnected. If there is maintenance happening on or if there is no cell tower under the sensors, customers will receive this unusual notification.

User requests for Mobile Content Management (MCM) are being processed, and a notice shows on the user’s phone several times. It’s very prevalent because it occurs almost every time a user resets their phone. Cellular service is established by connecting your phone to surrounding towers once it has been reset, and the notice disappears. If cellular reception is lost, the warning will continue to appear until the connection is restored.

These two messages have begun to emerge after the OTA release of Carrier Hub and a few other users to Sprint/T-Mobile network customers. If you want to get clear of it, you’ll have to use certain solutions. 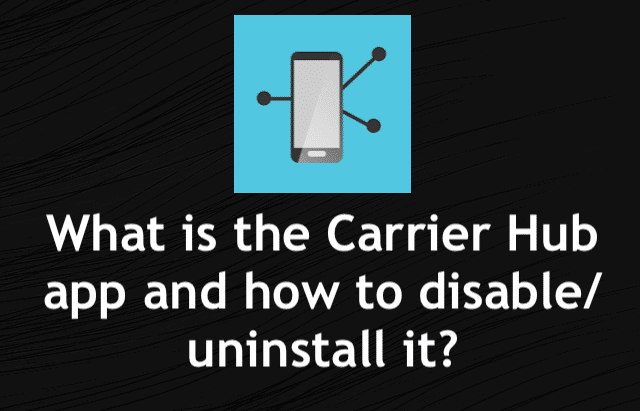 How to Uninstall Carrier Hub App?

Carrier Hub is also known as “com.sprint.ms.smf.services,” which is the file’s name that we may delete from our device. It cannot be removed routinely using the uninstall feature due to its method nature. To remove completely, we’ll need authorization in advance, such as root access. In today’s world, rooting any gadget safely takes only a few minutes.

After unlocking our device, we may delete system apps and files with apps like System app uninstaller. Also, if you choose not to jailbreak your device to delete Carrier Hub, you may do it via PowerShell or Command Prompt on your PC.

We’ve covered all there is to know about the Carrier Hub App in this blog article, including what it is, why it’s beneficial, and how people have complained about it. Finally, we’d like to point you that those who believe it’s a virus or malware are mistaken. We hope you like reading this post.

How to block calls and texts on a Moto G

The 10 iPhone Settings Everyone Should Adjust

How to Screen record in OnePlus 5T (without root)

How To Change Mac Address On Android