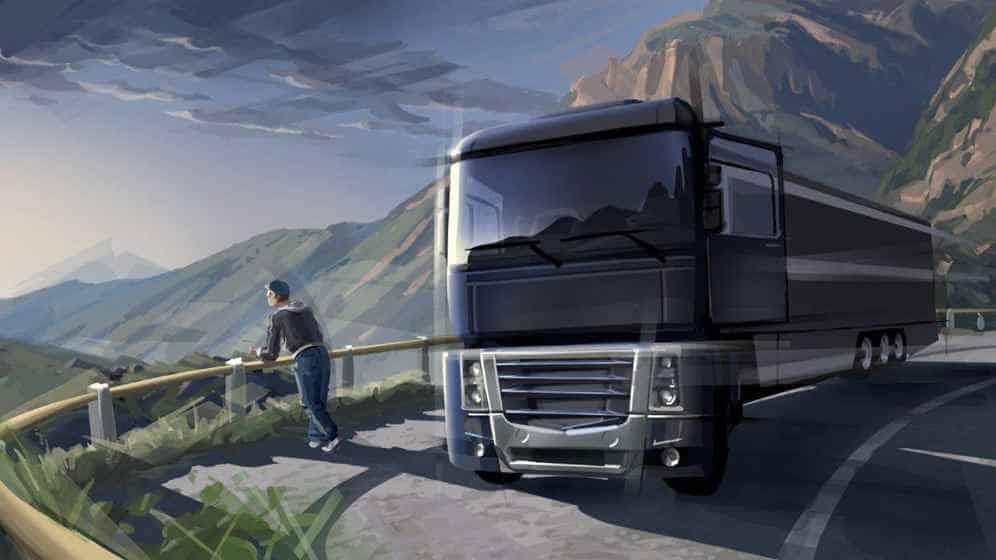 In modern times, all sorts of industries are using simulation-based training to teach important skills to their workforces. These industries include aviation, mining and construction, healthcare and surgery, and even bartending.

While most of these industries use highly specialized software, that doesn’t mean there aren’t games without real-world transferable skills for the average gamer, and this could perhaps be most aptly applied to driving games.

In this article, we’ve compiled 5 driving games that can help make you a better driver in real life one way or another. And if after reading through this list you feel like hopping immediately behind a virtual wheel, you can check out some of the cool car games on CrazyGames while downloading something from this list.

Big-rig trucking is what this simulator is all about, and it will certainly give you some insight into what sort of difficulties truck drivers face maneuvering their giant loads across the road. The game quickly garnered a massive cult following, as the developers focused on providing a simulation experience that could cater to both hardcore and casual fans.

What that essentially means is that out of the box, Euro Truck Simulator 2 is sim-like while retaining some casual gameplay mechanics, but it does in fact have quite a large modding community. Check out this list of must-have ETS2 mods that can really improve the realism of the game, from vehicle handling, to AI traffic, and even putting a Google Maps GPS inside your truck.

Perhaps the most useful game / simulator on this list for student drivers, City Car Driving has a pretty self-explanatory title. The developers focused on hyper-realistic driving physics, including road conditions and traffic laws. In fact, the traffic laws and highway codes are customizable between Russian Federation, US, Australian, and continent EU regulations.

While the game features a free driving mode, there are also plenty of driving challenges to do, giving you the opportunity to play parking games and highway driving exercises where you’ll be scored on following indications, avoiding lane trespasses, and obeying the speed limit.

The graphics are also quite advanced, including ambient lighting and even small details such as rain and snowflakes pelting your windshield. With a proper hardware setup such as a PC steering wheel and VR headset, you can really almost nearly forget that you’re inside of a simulator, and not actually driving around a virtual city.

For anyone looking to build real-world driving skills, City Car Driving is certainly going to help you pass a driving test, and is leagues ahead of the software I remember using in highschool driver’s ed class (though to be fair, it was ~17 years ago when I took that class!)

This simulator may not really offer much in terms of driving skill transferability as the previous entry, but it is an incredibly deep car mechanic simulator that will have you rebuilding engines in no time. While there are other casual mechanic simulators available, such as Car Mechanics Simulator 2018, they really only give you a bare-minimum overview of basic disassembly-reassembly procedures. Wrench will make you feel like you’re up to the elbows in motor oil and spare parts.

With over 150 different mechanic procedures available to perform, and exceptional graphical rendering of even the smallest of nuts and bolts, Wrench is an AAA-quality title that could be used in any automotive mechanical school classroom. Unfortunately it isn’t very beginner-friendly, which means you’ll probably spend a lot of time on YouTube finding instructional videos – although that’s pretty much what even real veteran mechanics do all the time.

One of the most realistic car racing simulators available, Assetto Corsa puts you behind the wheel of over 170 real-life cars from 24 manufacturers. The game was designed for a hyper-realistic racing experience with extensive modding and customization support. So whether you want to fly around corners in a modern Porsche sports car, or put the pedal to the metal in some ‘70s American muscle beasts with a huge engine and tiny brakes, there’s a bit of something for everyone to enjoy.

The developers did an amazing job of capturing not only individual car physics, but unthinkable details such as burnt tire rubber build-up altering the traction of tracks, and incredible support for PC steering wheel and VR headsets, Assetto Corsa can really come close to teaching you how to handle a Lotus Exos 125 Stage 1 – through your chances of ever driving a $1 million USD sports car in real life are fairly slim.

Out-of-the-box Grand Theft Auto V already provides a somewhat “realistic” driving experience, and many players end up enjoying just driving around the city of Los Santos and ironically obeying traffic laws. But with a few mods installed for the PC version, like Realistic Driving V and Realistic Traffic AI, the game can pretty much become a Los Angeles traffic simulator.

While Los Santos isn’t an exact grid-for-grid map recreation of Los Angeles, many of the more famous areas such as Vespucci Beach (Venice Beach) and Puerto Del Sol (Marina Del Rey) are pretty much spot-on, so driving around GTA V can actually help you recognize some areas in real life Los Angeles if ever you visit.

Learn How To Create A Promotional Video On A Shoestring Budget

How to Invest in Crypto Using a BTC to ETH Exchange

What Type of Phone is Best for Playing Casino Games?