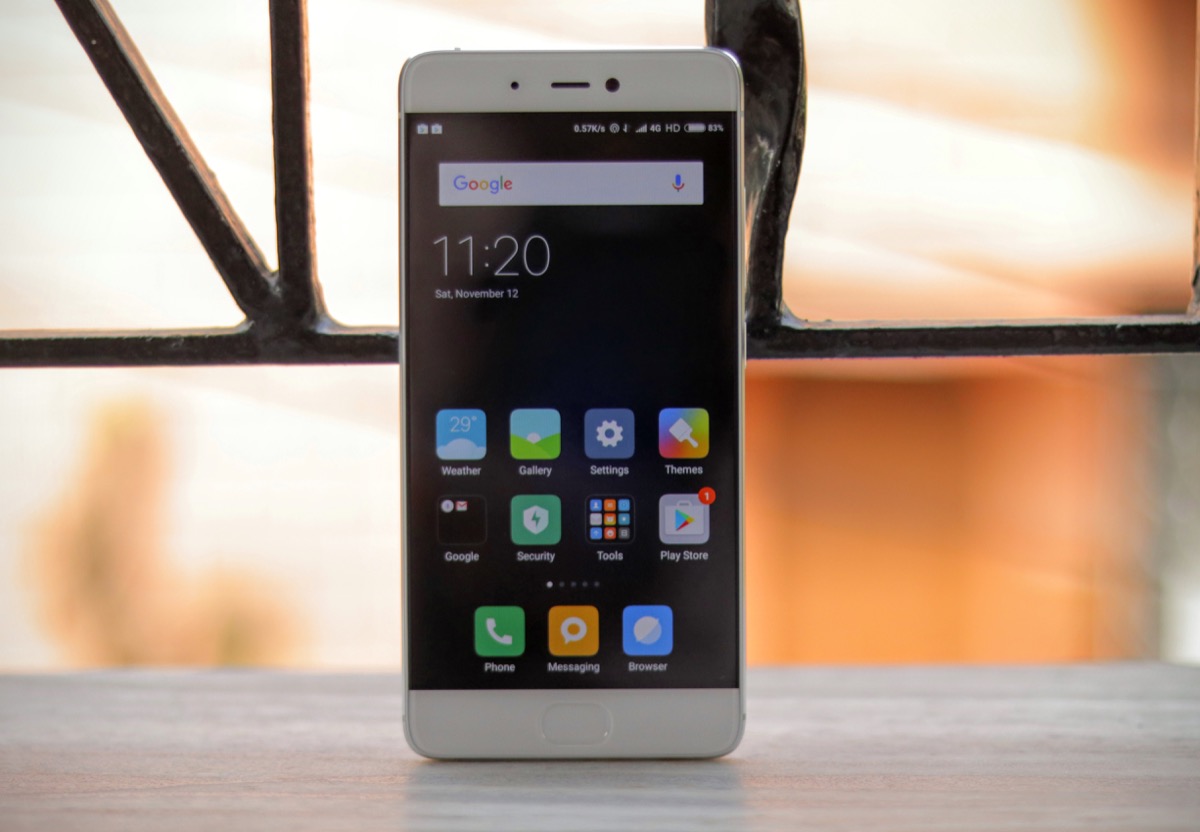 About  six months later from the regular mi5 version , Xiaomi unveiled the Mi 5s, an ‘S’ upgrade of the Mi 5. Despite coming only six months after the Mi 5, the Mi 5s is a huge upgrade in almost every department from its predecessor. It might look the same at first glance and a quick look at its spec sheet might indicate some minor improvements only, but that’s not the case. The Mi 5s is a sum of its parts, which make it better than the Mi 5 in some very important areas. The Mi 5s looks very similar to the Mi 5 from far, but look closely or hold the phone in your hand and you will instantly see and feel the difference. The glass back of the Mi 5 somehow gave it a very plasticky feel which is missing from the Mi 5s thanks to its aluminum rear. The Mi 5s feels like a premium phone when held — a feeling that its predecessor lacked. Similar to the iPhone 6/6s and many other aluminum-clad phones, the Mi 5s features antenna lines at its top and bottom. The curved rear edges of the phone help in improving its ergonomics and make it more grip-friendly.

The Mi 5s comes with a 5.15-inch Full HD display similar to the one found on the Mi 5. Powered by 16 LEDs, the display can get plenty bright, has great viewing angles and contrast ratio. While some people might complain about the display not having Quad HD resolution, this is still a great display by all means.

The Xiaomi Mi 5s runs on Android 6.0.1 Marshmallow with MIUI 8 on top of it. MIUI is a relatively heavy skin that has changed the look, feel and behavior of almost every aspect of Android. While this does mean you get access to plenty of features options like Dual apps that let you run multiple instances of the same app; one-handed mode; App lock to lock apps using fingerprint scanner; Second space; and more. You can also customize almost every aspect of MIUI 8 according to your liking, including the status bar and lock screen.

However, since MIUI 8 deviates so heavily from stock Android. it does not always offer the best user experience. Many apps behave weirdly while running on MIUI 8 and Xiaomi’s memory management is so aggressive that it rapidly kills any application running in the background thereby greatly affecting multitasking performance.

The Mi 5s is powered by a Snapdragon 821 chipset clocked at 2.15GHz. The unit we reviewed had 3GB RAM and 64GB of UFS 2.0 storage. Since the chipset is clocked at the same speed as the Snapdragon 820 found inside the Mi 5, you will be hard pressed to find any visible speed difference between the two devices in regular tasks. The biggest upgrade that the Mi 5s has received is in the camera department. Gone is the 16MP 4-axis stabilized shooter of the Mi 5. Instead, it has been replaced by Sony’s 12.3MP 1/2.3-inch IMX378 shooter that is paired with a f/2.0 lens. The camera lacks OIS, but it comes with large 1.55um pixels. The larger pixels make up for the loss of OIS and allow the Mi 5s to capture photos with better dynamic range and details.

In daylight, the photos taken by the Mi 5s look fantastic with plenty of details, saturation, and dynamic range. In low light as well, the Mi 5s is able to take great photos with plenty of details. Its performance is not as impressive as the Pixel in low-light, but it can still hold its own. The lack of OIS does mean that you need to keep your hands stable while taking photos otherwise the resulting photos will turn out to be a blurry mess.

When compared to the Mi 5, the difference in camera performance is staggering. Photos taken from the Mi 5s, be it in daylight or low-light, are vastly superior to what the 16MP shooter of the Mi 5 captures.

The front 4MP shooter on both devices remains the same and offers similar performance. Since it comes with large 2.0 micro pixels, it does tend to capture a lot of details especially in selfies taken in low-light.

The camera experience on both phones is exactly the same since they both run on MIUI 8 and offer the same MIUI camera app. The Mi 5s does tend to use HDR more regularly and consistently than the Mi 5 in contrasting situations, though.

With the more power efficient Snapdragon 821 chipset and a bigger 3200mAh battery, the Mi 5s is an absolute champ in the battery life department. This is further helped by the heavy battery optimization that Xiaomi has made to MIUI. While this can lead to a slight delay in incoming notifications, it does help in greatly improving the standby efficiency of the Mi 5s. I was easily able to squeeze out more than 5 hours of screen-on time from the Mi 5s on a single charge with around 10 percent charge still left.

And with Quick Charge 3.0 support, the Mi 5s is able to charge from 0-50% in just over 30 minutes, which can really count when you need to be out all night for some work and your phone is running low on juice.

The Mi 5s is the perfect ‘s’ upgrade to the Mi 5. It improves in all key areas — build quality, camera, and performance — to deliver a vastly improved experience than its predecessor. Ideally, the Mi 5s is what the Mi 5 should have originally been. Nonetheless, if you have been holding out on buying the Mi 5 for some reason, go ahead and just buy the Mi 5s. It can hold its own against many other newer flagships and is a great phone for the price it commands. It truly is a shame that Xiaomi will not be bringing the Mi 5s to India where it could have been a formidable competitor to the likes of OnePlus 3 and Moto Z Play.

Seiko Prospex: Everything About The Save the Ocean Collection