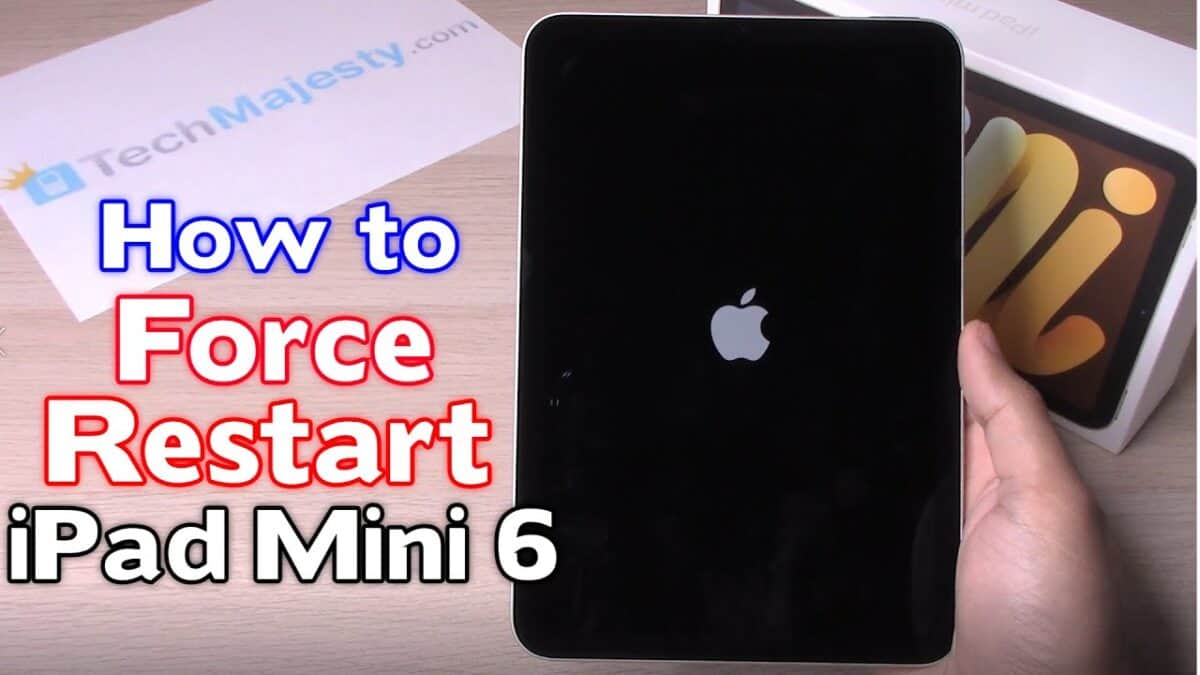 How to Restart, Force Restart, & Shut Down iPad Mini 6

Wondering how to restart, shutdown, or force restart your iPad Mini 6? It can be tricky at first if you’re not used to Apple’s style of devices. But we will try to help you and in this article will guide you through the process of restarting and shutting down your iPad Mini 6.

The new iPad Mini 6 has slim design bezels, requiring no Home button on the device. This makes it a great choice for both work and play. That also means there are new approaches to initiating a force restart on iPad Mini 6, restarting the iPad Mini 6th gen, and shutting down the device too. Once you know the steps and they’re practiced a few times, you’ll find that it’s not a difficult process to remember and can be done in just a couple of minutes.

How to Force Restart iPad Mini 6

A force restart is a troubleshooting technique that can fix many software problems. The iPad Mini 6 has a few specific steps you need to follow in order to perform the force restart.

That’s all there is to it, you have to restart the iPad Mini 6!

When an iPad Mini gets stuck or just isn’t acting properly, a force restart may be required. Since the device is frozen and not responding to any commands, this is the best way for it to get back on track.

One thing to note about procedure to force restart the iPad Mini 6th generation is that it’s the same for all other modern Apple tablets with slim bezels. They either use Face ID or don’t have Home buttons, including iPad Pro, and all modern Face ID equipped iPhone models too. In other words, once you memorize the steps for the new iPad Mini, you can carry them over to any other modern Apple device running iOS or iPadOS too that has the same general design.

In case you’re not sure what the hardware buttons on iPad Mini 6 are, this is what they are:

The Power Lock button also has Touch ID on the new iPad Mini 6, just like the models in the iPad Air series

How to Restart iPad Mini 6

To restart an iPad Mini 6th generation, follow these steps: Turn device off, then back on again.

When you need to restart your iPad Mini 6, it’s best to just turn the device off then back on. This will force it to restart.

The processes are pretty easy, but it’s important to understand more about the force restart procedure because often people will only be doing this when there’s a problem and the force restart may have more obvious benefits than other simple procedures.

How to Shut Down iPad Mini 6

Turning off an iPad Mini 6 is just like the first part of the restart process. Hold down the power button until you see ‘Slide to power off’, then swipe your finger across it.

The iPad Mini 6 is now turned off and shut down. As a result, its battery life will last longer which can be quite useful for various situations such as storage or traveling.

Another alternative you have is by going through your device’s settings. This method won’t ask you to do anything physical, like a hard-reset or hold the power button.

How to block unknown callers on iPhone

How To Reset/ Restore Default Keyboard Settings On Your iPhone SE