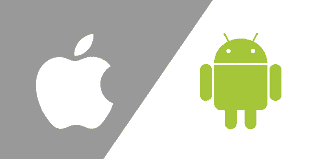 During quarantine and Lockdown for the Covid-19 virus, Apple App Store generated Twice as Much money than they rival from Google Play store.  Many people know that Apple generates huge revenue from selling Apps.  We found a report which tells us that Apple has generated a revenue of $32.8 billion globally from the App Store. So we have Google Play store results and as comparision Apple App Store revenue is nearly double as that earned by the Play Store during the first half of 2020.

, and premium game purchases. The data is drawn from multiple reference points including app analytics and custom algorithms. Consumers have spent a total of $50.1 billion on the apps in the first half of 2020 out of which $32.8 billion was spent on the App Store. Unsurprisingly, there has been strong growth in revenue during COVID-19 lockdown. As far as numbers are concerned, App Store revenue has registered an impressive 24.7 percent year-over-year increase as opposed to 2019.

It is also estimated that first-time downloads spiked to 71.5 billion. Interestingly the mobile gaming revenue has also seen an uptick of 22.7% and is now pegged at $22.2 billion. PUBG Mobile was once again crowned as the top-grossing game worldwide and has grossed the maximum revenue on App Store. It is surprising to see Candy Crush Saga in the top ten gross earning games.

The increase in global app spending can partly be attributed to subscriptions like Netflix, Disney, and other videos/audio streaming services. Perhaps this is one of the many reasons why Apple mandates developers to add an in-app purchase option. Recently, Apple has been accused of charging an unreasonable fee for app distribution on the App Store.

Unlike Android, iOS is less fragmented and is more likely to make money via in-app purchases on the App Store. Even in the past, Apple users have spent more money on apps/services as opposed to Android users.

Let us know your standpoint when it comes to mandating in-app purchases on App Store for developers?

What Can Technology Startups Learn from Texas Hold’em Poker?