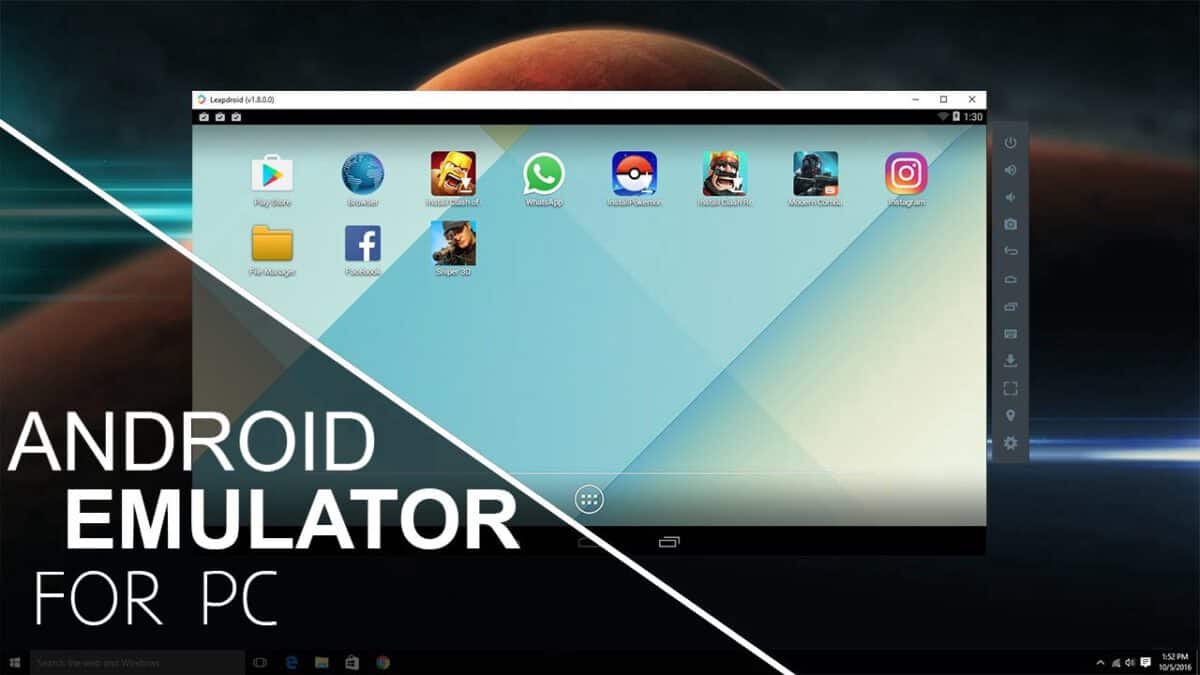 An Android Emulator also referred to as an Android Virtual Device (AVD), is software that mimics (emulates) the Android Operating System and its functionality on your PC or Mac computer. It creates a virtual manifestation of a phone or other device running the Android OS. The software then runs the Android AOS on a Mac or PC as if it was running on the physical device.

There are countless Android Emulators on the market today. Some run with little resources required, others take up tons of RAM to operate. Depending on your desired use it’s important to pick an Emulator that’s up to the task. There are three main desired uses and users searching for an emulator: developers working on debugging and testing software for use on the Android OS; gamers looking to play some Android game and/or use Android apps; and a less numerous group of users looking for the productivity features in Android OS. Each emulator on the market will have its pros and cons depending on your intended use. Here we will feature the three best Android Emulators for Windows PC and MAC. 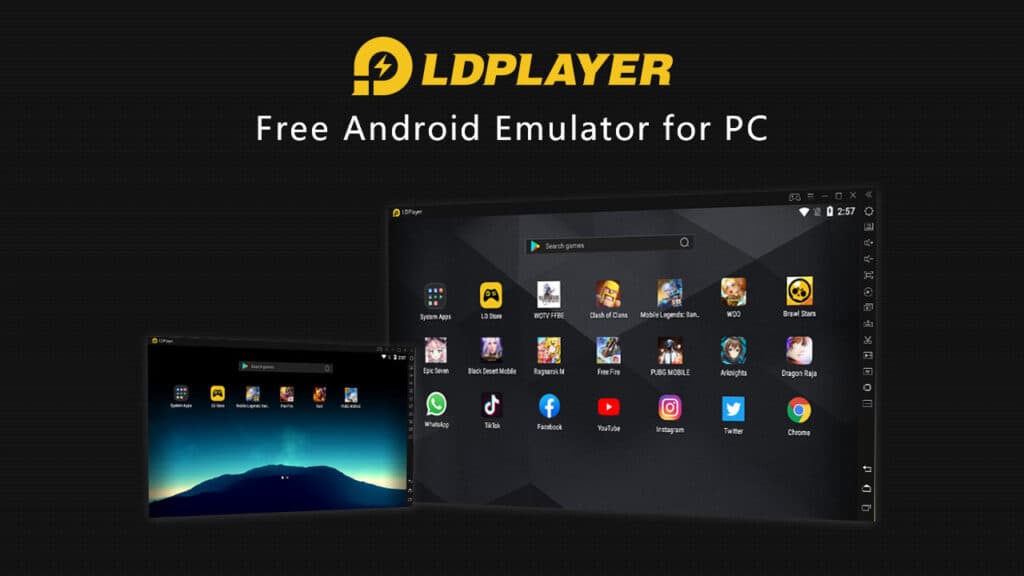 LDPlayer is a free Android Emulator. LDPlayer is suited for gaming, so if that’s your goal in downloading an Emulator this one is for you. LDPlayer runs the Android Nougat 7.1 system, which for games features functions such as keyboard mapping controls, macros, high FPS, and strong graphical support. It is constantly being updated, which improves compatibility as advances become available. A wide range of popular games is supported with LDPlayer, such as Clash of Clans, Among Us, and Garena Free Fire, among others. LDPlayer is versatile enough to use other common apps such as TikTok, Instagram, WhatsApp, Snapchat, etc. 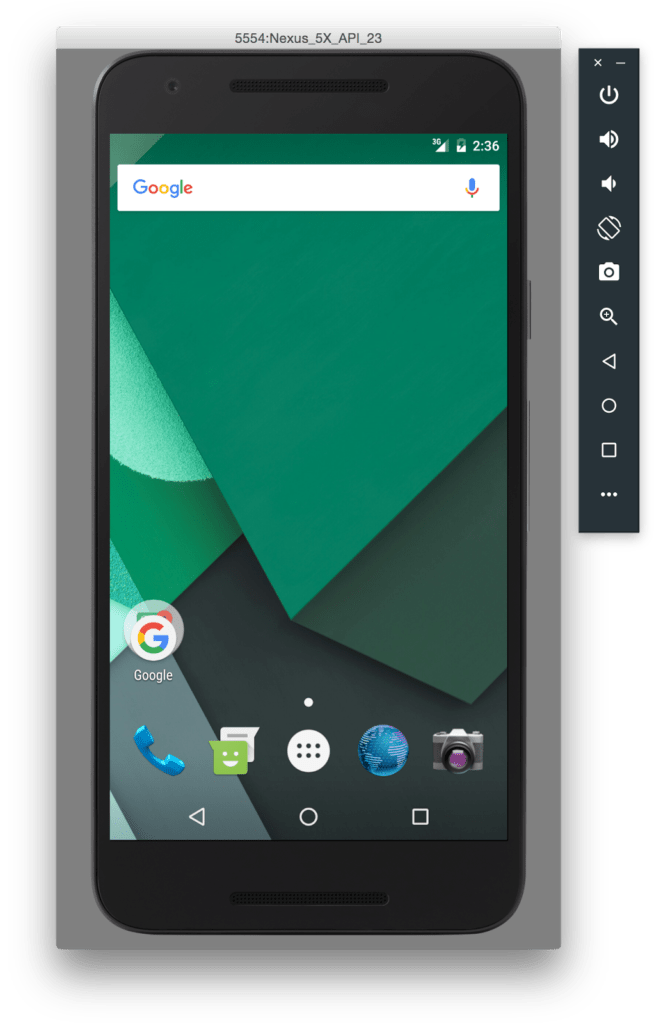 Android Studio is the default development console for Android OS. For those looking for an emulator to help develop, test, and debug software, Android Studio is the way to go. It features an array of tools and functions to help make apps and games specifically for Android. It supports Kotlin for those adventurous developers. The downside with Android Emulator is its long and complicated set-up time. This emulator is not for the novice or uninterested but does double as a great tool for testing games for those not willing to put the time in to develop on it. 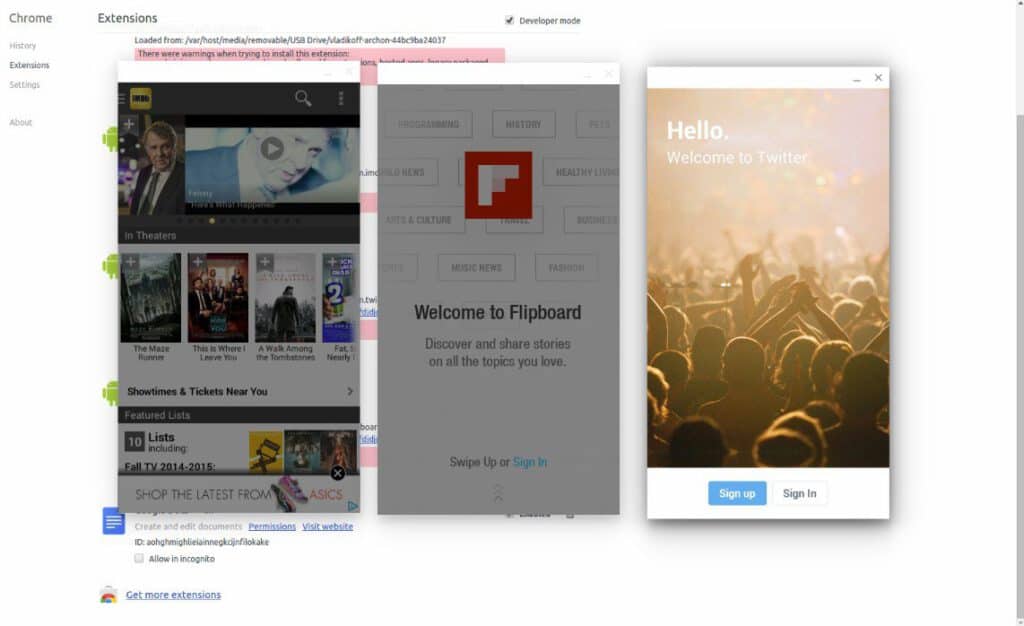 ARChon is a free emulator unique in a few ways. Untraditionally, it is installed as a Google Chrome extension, allowing Chrome the ability to run games and apps based on the Android OS. Set-up can take some time due to this, as not only do you need to install ARChon chrome, you also need to obtain APKs and load them. Sometimes you are required to use a tool to change the APK to make it compatible. It is a great emulator for Win, as well as a great emulator for MAC or Linux or any OS that runs Chrome. This makes it a versatile emulator for those looking to use multiple systems running diverse operating systems.

How To Remove System Apps From Android Device

How to Do a Reverse Image Search on iPhone and Android