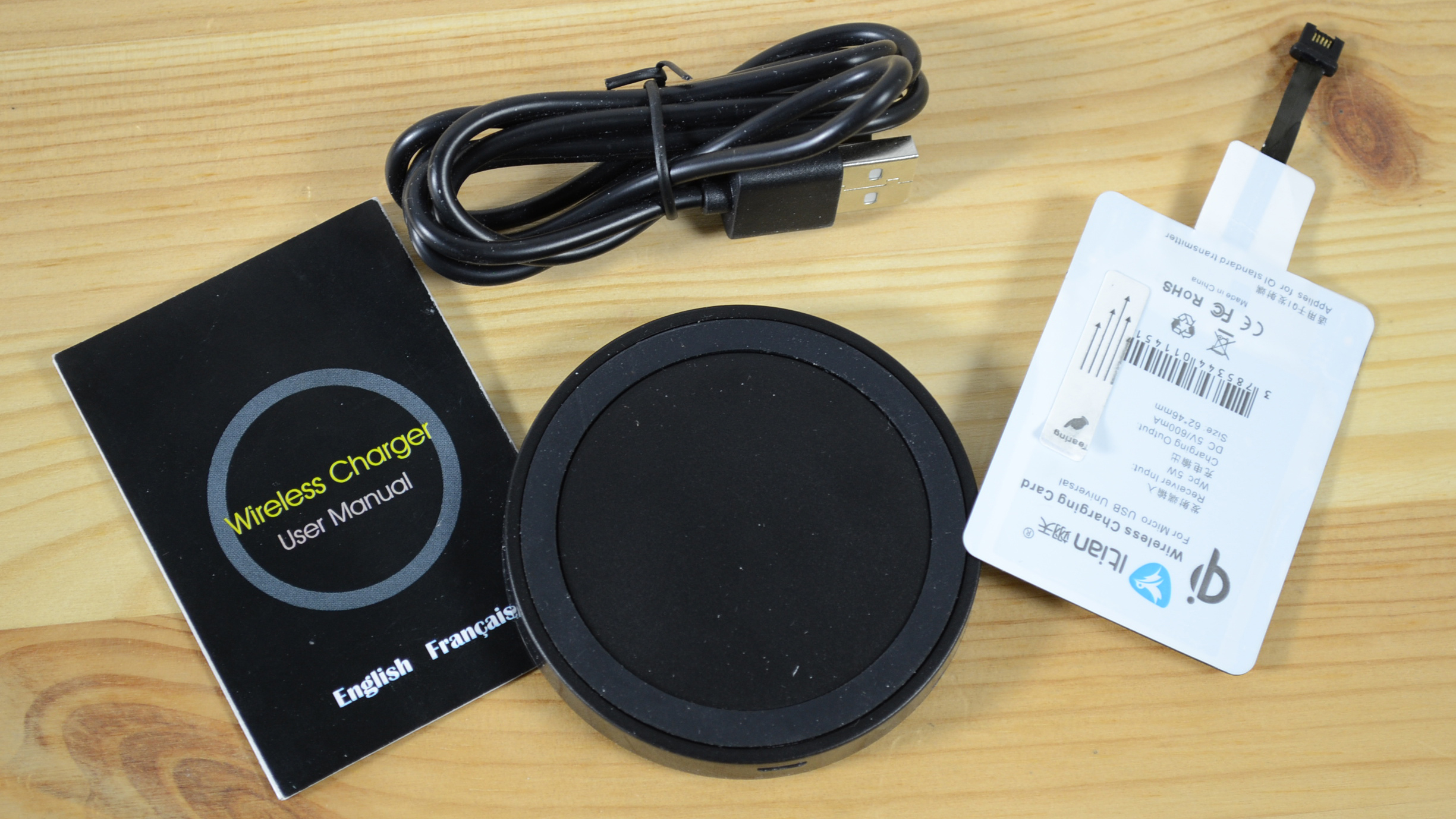 How To do wireless charging to any Smartphone

Wireless charging is no longer a gimmick. It’s convenient, easy and finally available to everyone. How? Let’s show you how you can add wireless charging to any smartphone fora mere $16.

I must admit that I have never paid attention to wireless charging, it was a feature I saw being added in some new handset, but I never understood how much it changed the way you interacted with your smartphone. Adding wireless charging to a handset has been, until now, only for those brave enough to take their phones apart and wield a soldering iron. Itian has changed all of that with their wireless charging card. All you need to do is plug it in to the Micro USB port and hide the charging pad behind the smartphone’s removable back or case. Wireless Charging for any phone in 5 seconds!

Wireless charging is something you have to try yourself to understand how convenient it is. It’s a great way to charge your smartphone, especially if you are a hardcore user, someone who is constantly picking up and putting down his phone. No more cables, no more connecting and disconnecting from the charger every time you have to go out of your room or office. Did I mention how cheap it is? You can find the charger and the adapter in total cost $16, it’s so cheap that you can have a charger in your living room, another one in a kitchen, another at your desk and so on. You can put chargers everywhere, this way whenever you are not using your phone it will keep charging and you will never run out of the juice.

The card itself is extremely light, thin and small, it won’t be a problem for smartphones that have their micro USB port on the bottom or top. If your port is on the side of the phone it would seem like it won’t work, but the cable is actually flexible enough to tuck in behind the cover.

So if you have a phone with a fully removable back cover, then fitting the card behind it should not be a problem (the the card is thinner than 1mm), but what if your smartphone is a unibody type? It’s not a problem either, however you will have to use a smartphone case to make it work. Just put the card between the phone and the case, and you are ready to go.

With a phone case, when the card is connected to the micro USB port, you can not tell that something is there, nothing is sticking out, and so pedants should be satisfied. If the card is hidden behind the battery cover, sometimes there is a little bit of a gap. It’s almost unnoticeable, but some ascetic people may not like it. However, no matter which technique I applied, everything was working fine, the power cord was not loose, and during my tests I had no problems with disconnection and charging.

Sadly the card won’t work perfectly with phones equipped with waterproofing ports. After the card is connected there is no way to put the plug back in. It’s still working, but it doesn’t look good and makes your phone non-waterproof.

The other problem, and the only real downside, raises if you transfer data often via micro USB. After the card is connected, and hidden between the phone and either the phone case or battery cover, it’s either impossible or extremely hard to use the USB port without removing the case/battery cover first. Is that a big problem? That depends on personal preference and needs. For example I am not using USB to synchronize data or charging when I am inside, but when I am outside, sometimes I need to use the battery pack. So in the end, taking the case on and off was inevitable. It’s also worth mentioning that wireless charging usually does take a lot longer than standard AC charging, or even USB charging. If you need a quick charge, taking off the case/cover is a must.

Wireless charging for the common man

When it comes to the functionality, the Itian wireless charging card for $7.25 is an amazing product. No matter what kind of a case I used I had no problems with charging, fitting the card in or overheating. The card was picking up the “signal” very well. And as I mentioned before, it was also unnoticeable. Overall, it’s a great and functional product.

Sadly, you have to sacrifice micro USB to add in the functionality. This is not a big deal for me, it’s a small price to pay for freedom and convenience of wireless charging, but for others it may be not worth it.

Useful tips for iPhone 11, 11 Pro and 11 Pro Max that will enrich your experience

How to Clear Icon Cache on Mac

7 Tips for Managing Email More Efficiently in your iPhone